Hepatitis B and C

Learn everything about prevention and treatment options for Hepatitis B and C, the second most deadly virus in the world.

The course consists of 4 parts:

Coming soon: the Prevention Protocol Hepatitis B and C 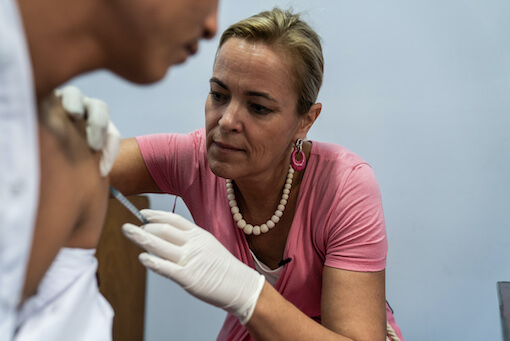 For companies and health organisations, we offer a package deal. Please contact us for more information.

In honor of the development of the healthcare

Major Frank Westcott was working in Ceylon during the outbreak of WWII. He enlisted with the Prince of Wales Own IV Gurkha rifles and fought the first part of the campaign in Burma (Myanmar), engaged in jungle warfare against the Japanese.

In 1945, Frank was awarded the Military Cross for an act of outstanding bravery in Italy, where he showed no regard for his own safety.

At the age of 53, he developed a severe liver disease. He died at the relatively young age of 57 from liver failure and finally liver cancer, probably caused by dual infections including Hepatitis B and C, which were unknown at that time.